Running WebAssembly in OCaml with Wasmer 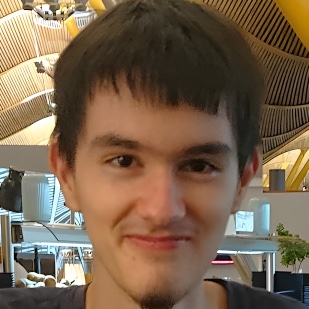 OCaml is a strongly-typed language that is very popular for FinTech, research and academic education. It is also an object-oriented language, as well as a functional language. It is like Python in that it has a REPL, so quick tests are very easy to do, but it can also be compiled to native executables as well.

For those main reasons, I wanted to create Wasmer bindings in OCaml, to be able to load any function from any language compiled to WebAssembly, and use them in OCaml.

(Existing prior art is github.com/sgrove/wasmer-ocaml but unfortunately, it was only a work in progress and hasn’t been updated for 2 years.)

So, how you can use WebAssembly in OCaml? First, let’s install Wasmer with OPAM.

Now, you should be able to run the following program.

The API underwent some changes.

The starting point is that OCaml has a package that allows to bind transparently to C functions (the Cstubs package). So of course, the first iteration was a straightforward one-to-one copy of the C API, which already existed.

But this method led to quite ugly and redundant code: at every Wasmer call, check if the return pointer is null… If so, there was an error, manage it… Otherwise, continue on… etc.

There is also a more subtle issue: ownership. In the C API, this is a bit visible with some C preprocessor annotations. since C has a preprocessor. The C API header contains a macro called own, that tells the C developer “hey, this parameter takes ownership, don’t use it afterwards!”

But this is impossible in OCaml, which lacks the concept of resource ownership.

So the new API deals with both issues, by wrapping (nearly) all raw C pointers with an ownership-maintaining structure. When calling a function, the API checks if the pointers are owned by the caller, calls the function, wraps the return value, and updates the ownership of the caller’s pointers as needed.

Also, a good thing about having a garbage collector is that I could also register a finalizer that deletes the pointed-to objects when they have no more reference to them if the code still have the ownership: no need to manually delete any object!

Of course, not everything was as smooth sailing as what I just described. There were multiple problems.

The first one is that the program crashed on exit. Using a debugger I tracked down the issue to a free in the source code of OCaml.

OCaml sets up an alternate stack for signal handling (which is usual for programs which do stack overflow handling) of 8KiB using a malloc, which is the minimal alternate stack size. But Wasmer, being a Rust library, requires a bit more and re-allocates 64KiB using an mmap, after OCaml set up its own.

Up until there, everything is fine.

But, when exiting, OCaml is first: it tries to call free on the base address of the alternate stack, which is Wasmer’s: deallocating something from mmap requiring a call to munmap instead, so the program predictably crashes.

I created a bug report on OCaml’s side, and they responded pretty quickly with a fix merged to the 4.14 branch in about a week.

The second issue I had was structuring interfaces and module types. Apparently, you cannot remove definitions from module types between the interface and the implementation. So I also had to fight against the type checker to be able to hide most of the non-public functions (like the one that changes the ownership however we want).

But in the end, I managed to fix those issues, and to get a pretty clean-looking API, in my opinion.

So what does this all mean?

So, to run this Rust program:

We compile it to Wasm module (using cargo build --target=wasm32-unknown-unknown†), and we can use it in OCaml:

Feel free to also check the documentation and see how you can start using WebAssembly and Wasmer in OCaml: